Chapalish or Chaplash (Artocarpus chama, family: Moraceae) is a large-sized deciduous tree with buttressed base and milky latex, attaining a height of 30 m. Bark is brownish. Trunk is straight. The characteristics of the fruit is exactly like Jackfruit, but much smaller and rounder in size. It is cultivated for its fruit and wood somewhere. It is mainly found in the hilly forests of Chattogram and Chattogram Hill Tracts and Sylhet division as well as the forest of Madhupur of Tangail district. Its original home is Indian subcontinent. 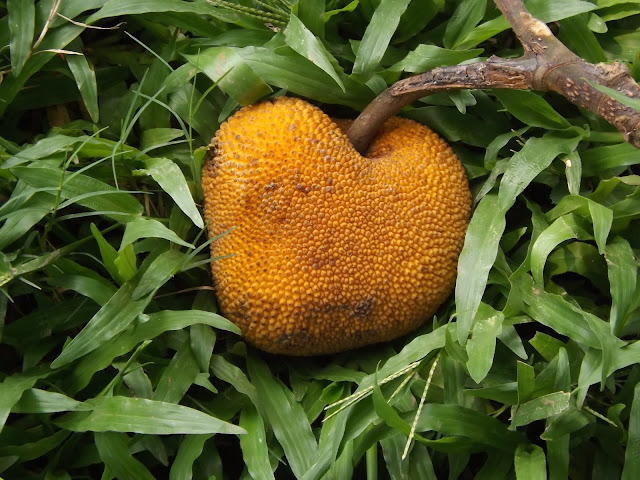 Leaves are obovate, hairy, dark green 12-18 cm long and 12-16 cm wide, petioled, alternate, edge slightly undulated. The texture of veins and midribs are hard and clearly visible. In young plants leaves are mulilobed and large, can be up to 90 cm long, which is quite different from the mature plants. 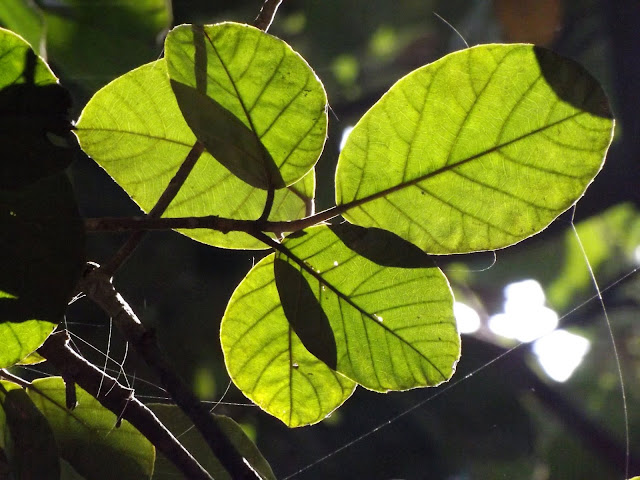 Flowers on round receptacles, single, axillary. Male and female flowers are produced separately on the same tree. Females are peduncled. Flowering occurs in March-April. 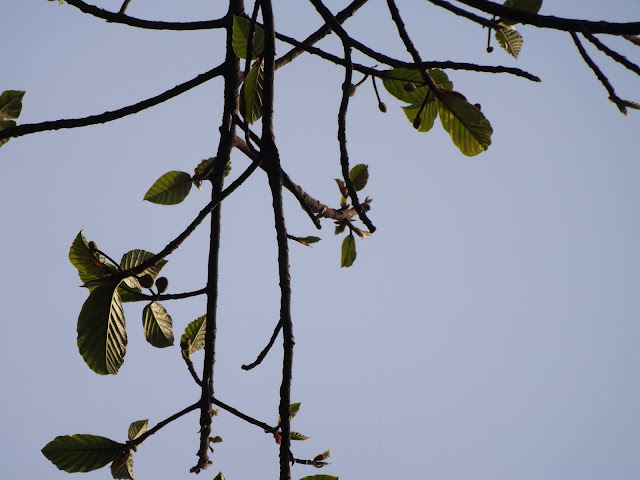 Fruit is syncarp (fruits bound in numerous chambers in the same covering), globose or subglobose, tuberculate, heavy, 8-10 cm wide. The edible fruit is sour in taste, but has a slightly sweet taste. Seeds can be eaten fried just like Jackfruit. Fruit matures in June-July. It is propagated by seeds. 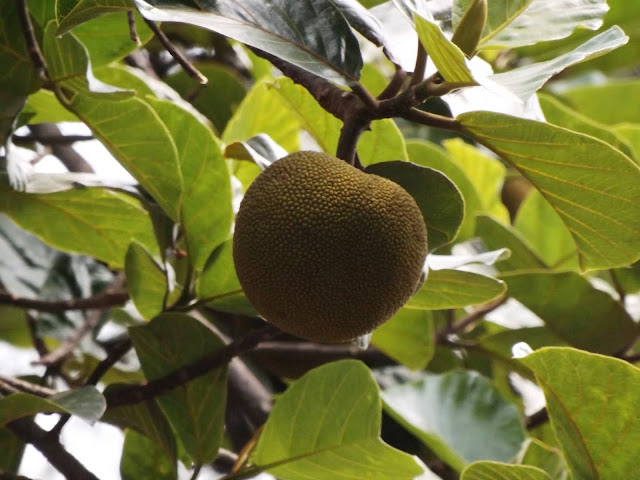 Bark, leaf, seed, root are used in diarrhoea, skin diseases, asthma, ulcers etc. Wood is a precious one. It is used to make furniture and sleepers of railway. Its fruits are very favourite of Elephants and Monkeys. 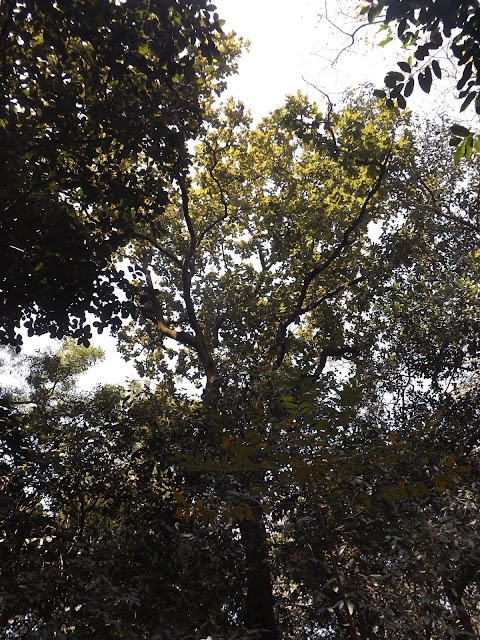 Other species of Moraceae family described on this site 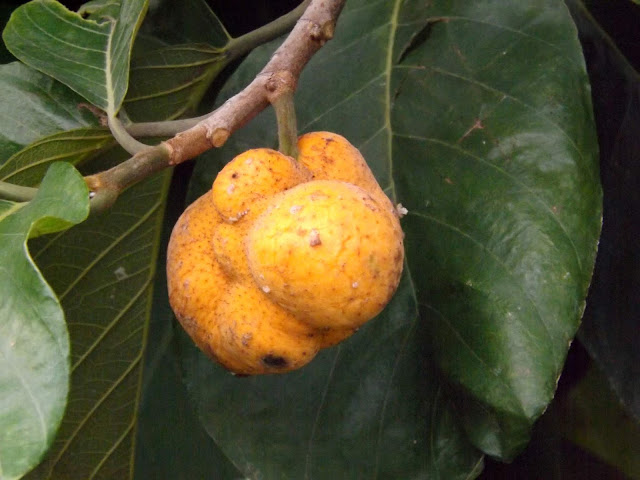 Deua or Monkey jack ( Artocarpus lacucha , family: Moraceae) a large tree with large spreading crown, of 12-18 m height. The bark of the deciduous tree is grey and coarse. The type of its fruit reminds us of Jackfruit . It is found in South and Southeast Asia. It is one of the most common trees found in Bangladesh.  Other names: Delo madar, deyphol, Deuphol, Dehua, Deua cham, Barta, Dalo, Bon kathal. Leaves are broadly elliptic, entire, rough, brittle, 10-30 cm long and 10-18 cm wide, undulate, back hairy, leathery. Flowers are small, without petals. Male and female flowers grow on the same inflorescence. Female inflorescence has pedicel, though the male one has none. The fruits come from the female flowers. Fruit is a syncarp (multiple fruit, which is fleshy), wavy, velvety, bright yellow or orange when ripe, 5-10 cm in diameter. The fruit is sour-tasted but also somewhat sweet. It is eaten raw or pickled. Seed is oblong and white in color. The pl
Read more 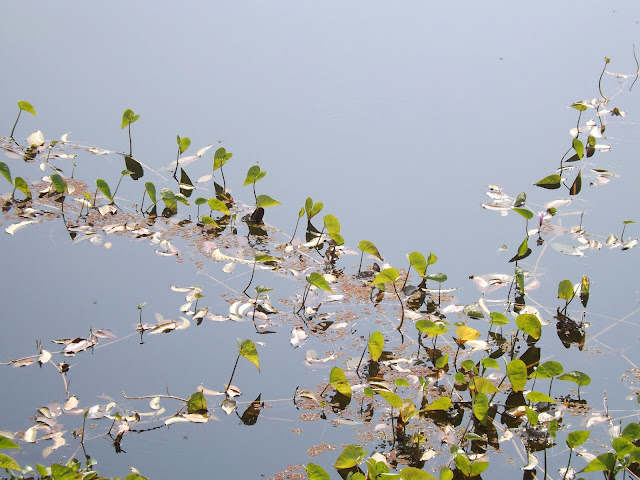 Kolmi-lota or Water spinach (I pomoea aquatica , family: Convolvulaceae) is an annual floating herb from Morning glory family. It is found throughout the tropical and subtropical regions of the world, most commonly in East, South and Southeast Asia. Stem is soft and creeping nature. It grows in water or on the edge of water bodies.  Common names: Kalmilata, Water spinach, River spinach, Water morning glory, Water convolvulus, Swamp cabbage The hollow stems of ipomoea aquatica are 2-5 meters or more long, rooting at the nodes.  Leaves are  long-petioled,  green, ovate-cordate with pointed apex,  5-15 cm long and 2-8 cm wide , alternate.  Flowers are whitish-violet or white, showy, single, axillary, funnel-shaped,  3-5 cm in diameter. Flower  bloom s  mainly in autumn.   Propagation is either by planting cuttings of the stem shoots that will root along nodes or planting the seeds from flowers that produce seed pods. It is useful in pox and in
Read more