Pani najok or Water mimosa (Neptunia oleracea) is a creeping perennial aquatic herb, rooting at the nodes with spongy and slender stems, attaining a length of 2-3 m. The sensitive plant without prickles is found near or in water bodies, ditches, ponds and swamps all over Bangladesh sporadically. There are some doubts about the place of its origin. However, it has spread to both tropics. 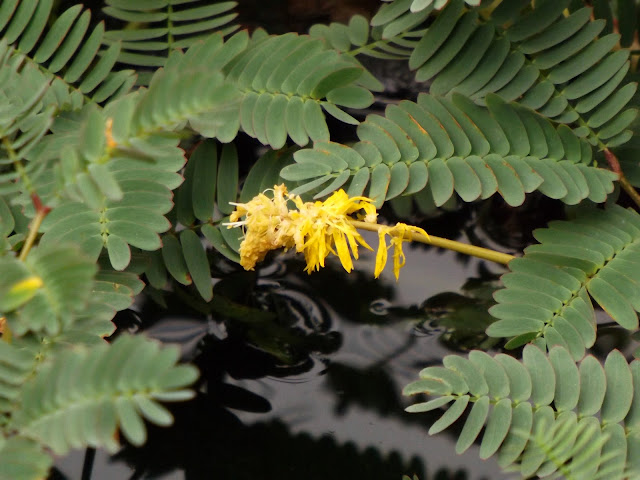 Leaves are sensitive as other members of Mimosa, like Sensitive plant (Mimosa pudica). These are pinnately compound, petioled; leaflets 8-36, tiny, opposite. 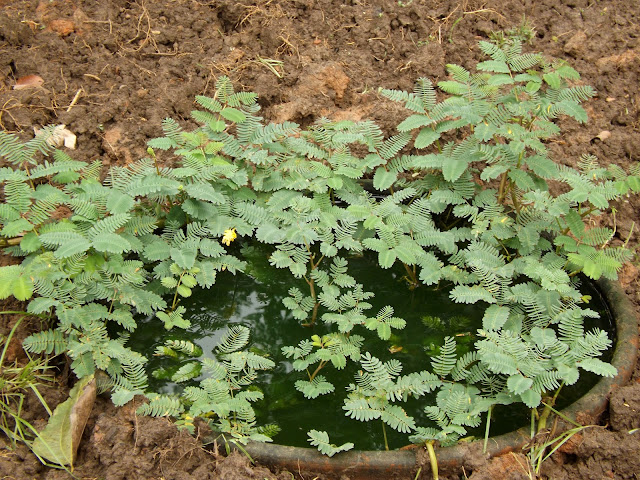 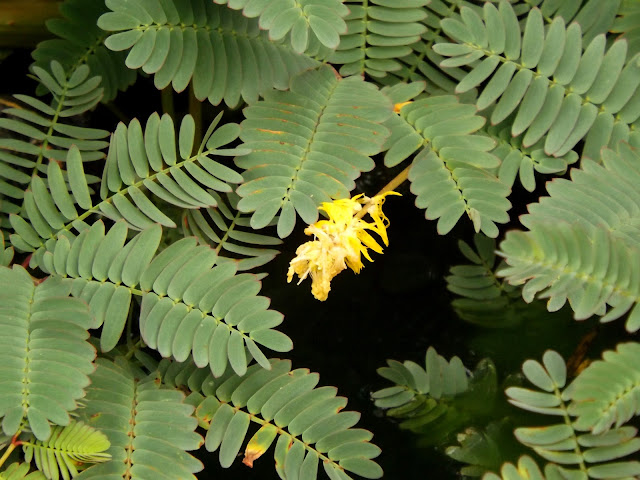 Fruits are pods, flat, 2-3 cm long, dehiscent; seeds 4-8, obovoid, compressed. It is propagated by seeds and vegetative parts. The plant is cultivated and consumed as vegetable somewhere in Southeast Asia. As medicine, it is used as refrigerant and astringent. The aquatic plant can be planted as an ornamental herb in water gardens, botanical gardens and parks. However, outside of private and institutional gardens, it has become somewhat limited in Bangladesh. 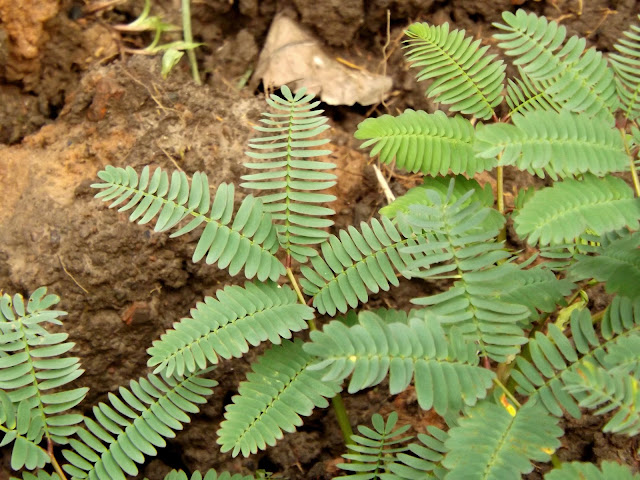 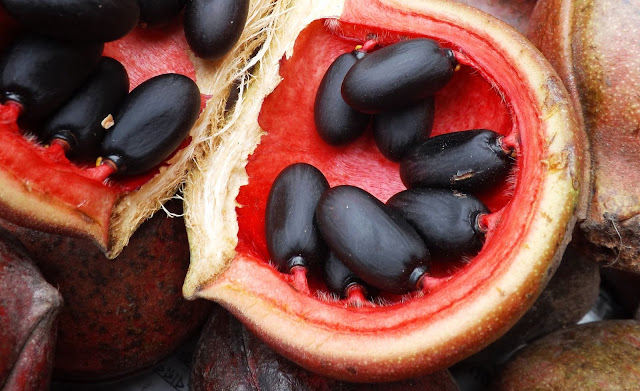 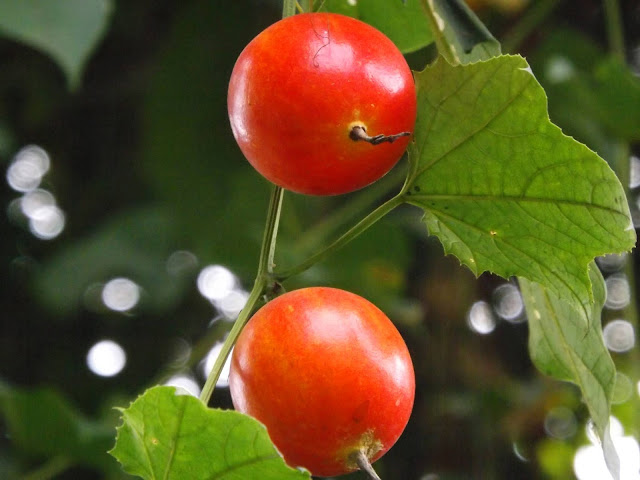 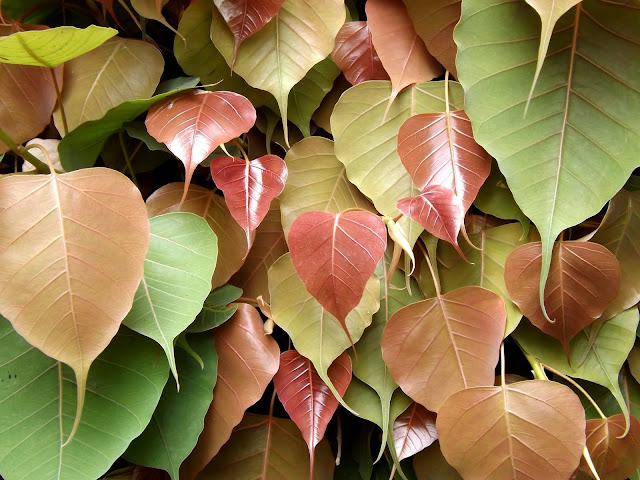 Ashoth, Ashwatha or   Bodhi tree   ( Ficus religiosa , family: Moraceae) is a gigantic and very aggressive tree. This deciduous tree holds well-spread crown & has irregularly shaped trunk.  T h e tree is originally found in Bangladesh, India, Nepal, Sri Lanka, Thailand. It is introduced to Israel and USA.       Common names:  Pippala, Peepal, Ashwattha Formation o f  l eaves In Ramna Park (Dhaka) a centennial Oshoth tree is the center of attraction of the festival of Pohela Boishakh (Bangla new year) arranged by Chhayanaut.  During the festival of Pohela Boishakh Deciduous ficus religiosa gives reddish new foliage in the spring (March). Fruits are fig, develop in pair on leaf axil, sessile, sub-globose, depressed & pink when ripe. Small unisexual   flowers remain inside fig.  It can grow everywhere in Bangladesh. It can be found on roof or window-shade of a building, in waterside area, on roadside or a huge trunk or stem of a tree.
Read more